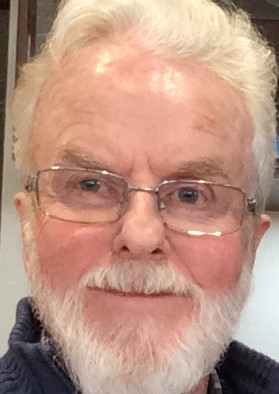 I have had a long interest in marquetry, starting from seeing some examples my father made in his younger years and from working with veneers in woodwork classes at intermediate school in New Zealand. Over decades I accumulated a collection of veneers and a few books on marquetry, but a dream of making marquetry scarcely materialised until I started planning for my retirement! This included joining the ACT Woodcraft Guild and discovering its Scroll saw, Marquetry & Intarsia Special Interest Group. I joined this group in 1998, initially hoping to learn what would be a suitable scroll saw for making marquetry. The Scroll Saw SIG members were friendly and helpful, and I soon had the information I needed, as well as a congenial group to belong to.

From the start, sawing marquetry has been my approach, rather than knife cutting, because of the ease with which scroll saws and fretsaws, fitted with jewellers’ blades, can cut hard veneers and metals. I was encouraged in this by the fact that, for centuries, sawing has been prominent internationally in making marquetry for furniture. Learning to use computer software to draw designs facilitated my work.

Over the years I have been glad to hear talks by Guild members and visitors on many aspects of woodwork. I have also enjoyed giving talks to the Scroll saw, Marquetry & Intarsia SIG, and I have run, individually or jointly with Robin Cromer, one-day and two-day marquetry workshops. These have been free to Guild members, except for materials. I have won awards in the Guild’s Annual Exhibitions and the Royal Canberra Show, including Grand Champion in the 2008 Craft Expo. I have also written articles for The Marquetarian, the quarterly journal of the Marquetry Society, UK. 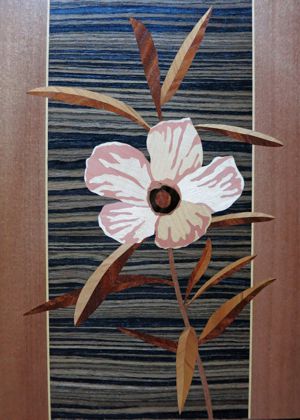